CNAC veterans Fletcher “Christy” Hanks and Gifford Bull scrambled up the ladder into the plane and made a bee-line for the cockpit. I clambered up after them and stood behind the pilots’ seats. Neither of them had been in the cockpit of a C-46 since the Nineteen Forties, but the two old dudes instantly made sense of the dozens and dozens of levers and pedals, dials and gauges. Bull ran through the litany of controls and levers, reaching out with old, practiced hands to touch each one in succession: cowl flaps, mixtures, flaps, the high and low blower here. “Oh, oh, I remember. This is the carburetor heat down here.”

Within seconds, the pair was laughing about the quirks of the C-46 that had irritated them sixty years ago.

“I didn’t like the shape of the cockpit,” complained Hanks, leaning forward and reaching out a lanky arm. His hand was still eighteen inches short of the Plexiglas. “It was too far from the pilot’s seat to the front window. If the defroster didn’t work you couldn’t reach up and wipe it off.”

Bull agreed and put his hand onto one of the engine levers, “Yeah, and the detent on the carburetor heat was so poor they put a better one in the later models.”

I asked Bull if he thought he could still fly it. He swiveled and looked up at me, his blue Irish eyes alight and a huge grin sending crow’s feet tracking across his face. “I have no doubt I could start it up and fly her out of here.”

And I was equally certain there was nothing in the world he would rather have done.

Here are the cnac.org pages for Fletcher Hanks and Gifford Bull. They’re both good ones. 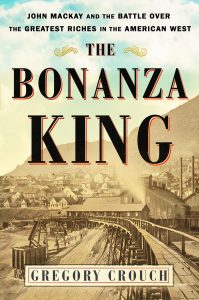